Take Back the Night honors lives lost in Joliet

Joliet Junior Woman’s Club has been a long time advocate of Will County Take Back the Night, which is an event meant to shed light on domestic violence and violence against women and children.

We sponsored a table this year at the event on Thursday October 4th, 2018 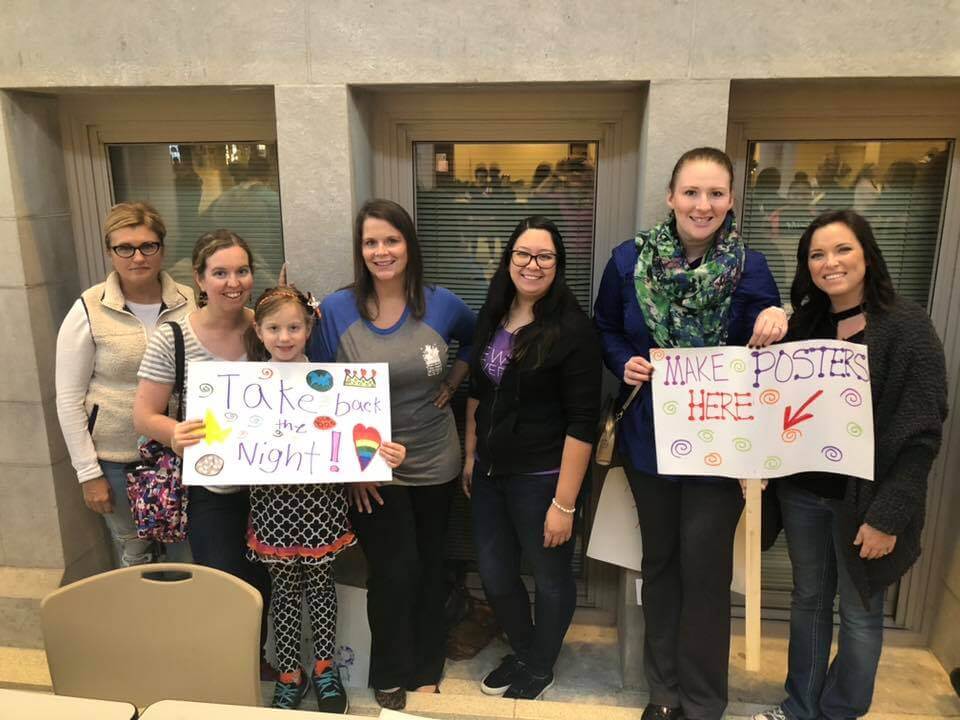 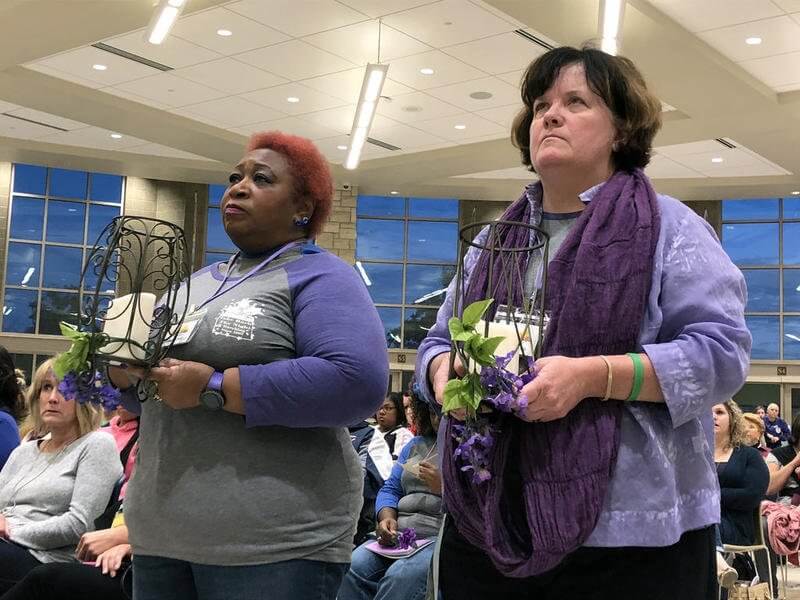 Article from the Herald News

Alicia Guerrero walked up to the lectern Thursday and stood before a crowd of more than 400 people with all eyes on her. She took several deep breaths, and, as her voice trembled, she took everyone back to the moments that led to her daughter’s murder.

For the past 22 years, Will County Take Back the Night has been an event meant to shed light on domestic violence and violence against women and children. Each year, hundreds gather to honor their loved ones whom they have lost, while others empower the communities to not let another person die at the hands of violence.

“Will County is constantly adding names. This is a prevalent problem in our backyard,” said Amirrah Abou-Youssef, a TBTN volunteer.

After all of the introductions and awards, Guerrero stepped up and the room became silent. Only quiet sobs could be heard as she spoke of how her 13-year-old, Briana Valle, found a way to get onto social media after her parents forbade it and met Erick Maya, who pretended to be 16 years old, when in fact he was 21.

Guerrero went on to say her daughter changed and eventually ran away. Through exhaustive efforts on her part, she found her daughter, and they ended up with home security systems, bars on the windows, no electronics and a new school.

They later went to the courthouse to get an order of protection.

“About a month and a half had gone by, and we had not heard from him. The day that would forever change our lives was the morning of Feb. 13, 2014,” Guerrero said.

Guerrero explained how she and Valle got in the car to go to school. She heard a loud noise and glass shatter. She said confusion took over until she saw her limp daughter and a man with a gun. Maya then shot Guerrero.

She pushed the home alarm buttons on her key ring and honked the horn so neighbors could hear, and, as she held her wound, tended to her daughter.

“To all of you teens out there, I want you all to know how worthy you are. Truly love yourself before you love someone else,” Guerrero said.

She urged parents to not get caught up in obligations and busy life but to stop and listen to children without judgment.

“Our memoriam ceremony is the most impactful. We know we can do awareness with ribbons and purple light bulbs, but to hear the names of people lost, hear how old and how many in the community have died is very moving,” Abou-Youssef said.

The group took to the streets of downtown Joliet near the high school with signs and yelled “take back the night” as they marched for those who lost their lives and those who need to know someone cares.